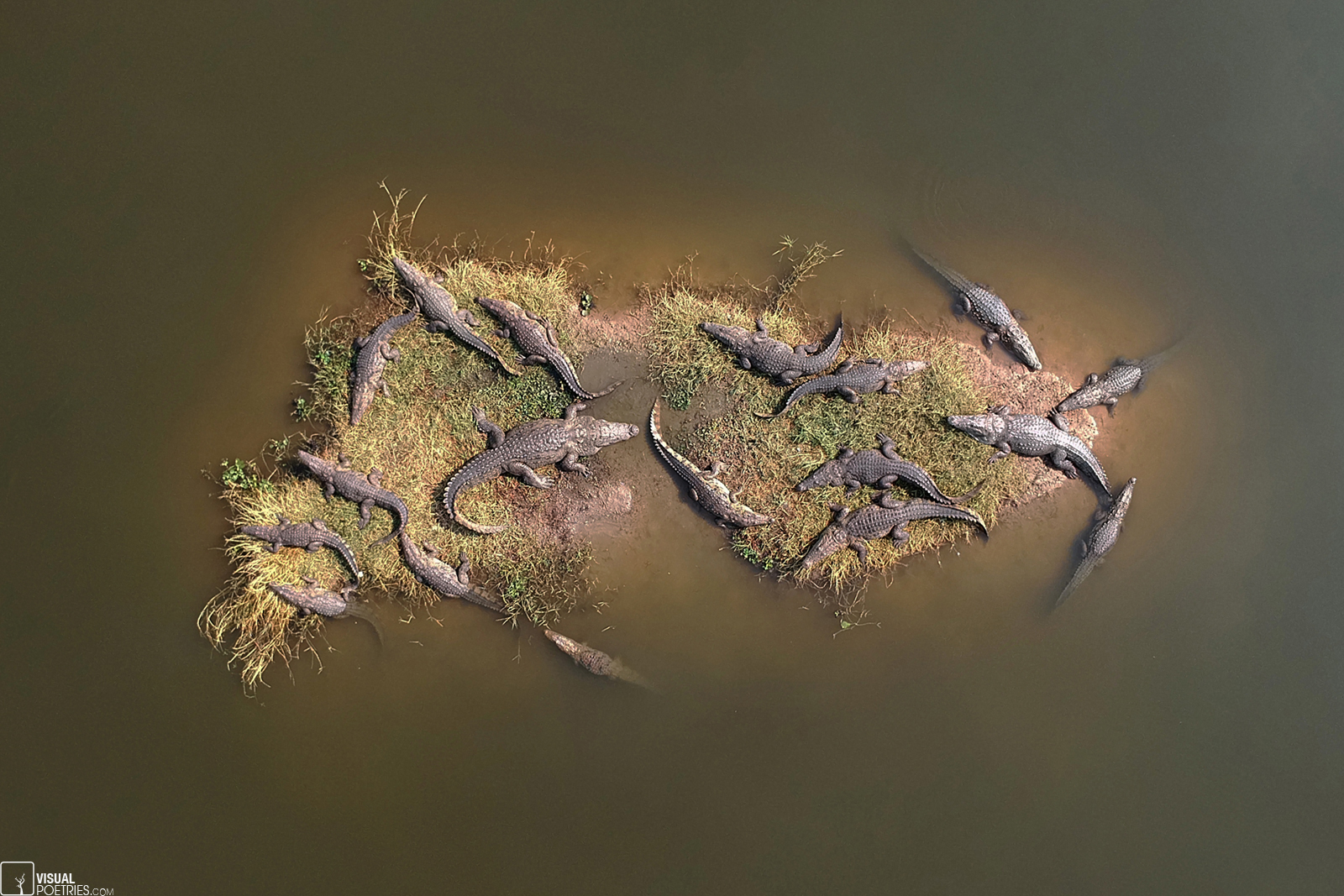 Documentary on ‘Crocodiles of Charotar’ became one of my projects which is quite close to my heart, when ‘Voluntary Nature Conservancy (VNC)’ formally known as ‘Vidhyanagar Nature Club’ took me to some of those villages of Charotar which is cumulatively bunch of villages between Anand city and Kheda district, where crocodiles are living with people with great harmony or in other words people are living with them. Its a great example of co-existence with such  almost no conflicts.

We have completed the first phase of the documentary, which started with data collection and scouting of the place with the help of team of VNC volunteers. This was really surprising for me, when we started talking to local villagers, their casual approach and tolerance level was at a different state. It is as if they take these crocodiles prevailing in their lakes just for granted with absolute no problem to their routine lives. Kids are playing around, fishermen are doing their business, women washes cloths on the banks of the lake and crocodiles mind their own business. The way both of these eco systems of lake and village are managing their lives is one of the best example of co-existence.

But my real quest was something different, I want to dig deep into this to know and understand how is it possible only in this part of India and no where else, if I will be able to get enough of it, it may be helpful to many other part of our country where either people or crocodiles are having problems with either of the sides.

Recently VNC conducted a workshop cum census of these villages with the help of 100 volunteers from across 15 different states of our country, where they not only had a huge opportunity of meeting Padmashree Romuls Whitakar; the expert of reptiles and who has given a huge contribution towards reptile study and conservation in India along with Mrs Janki Lenin and Mr Nikhil Whitakar. The whole team and expert penal of Mr Raju Vyas, Mr Dhaval Patel, Mr Anirudha Vasava and Mr Soham Mukharji took us to some of those places where I could make my first few shot for the documentary.